Specifically 3rd gen Camaro [which is what I am building] [Ed once said we are all most interested in what applies to our cars and in general he is correct] especially the drag caused by the rear of body shape. What shape or spoiler can help?

To me, it seems it is important because the last 1/2 of the track is over 80 MPH. Also, if you are racing into a headwind the drag will be increased.

Don't forget the subtle changes on the underside of the chassis that can make difference too. If you look under a lot of the newer cars, there are little winglets that direct airflow to and from components to not only aid cooling, but also reduce drag.
Just from the top of my head, I had a cheap Skoda from the Volkswagen-Audi Group that was really well thought out aero wise under the chassis. When the beancounters allow this for production of their cheapest, there must be something to it.

I would consider trying out a flat belly pan, covering most of the undergcarriage before adding a rear cone or such drastic aero mods. Closing up the front end and lowering the car as you can within the weight transfer needed, helps.
The bellypan can be made from a sheet of plastic and held up by a beams of thin channel bent aluminum. Just be sure to have it overlap from the front so it doesn't balloon on you.

Automakers are now looking at ways to rid the cars of side mirrors, using cameras and computers instead, because it makes sense for mileage. 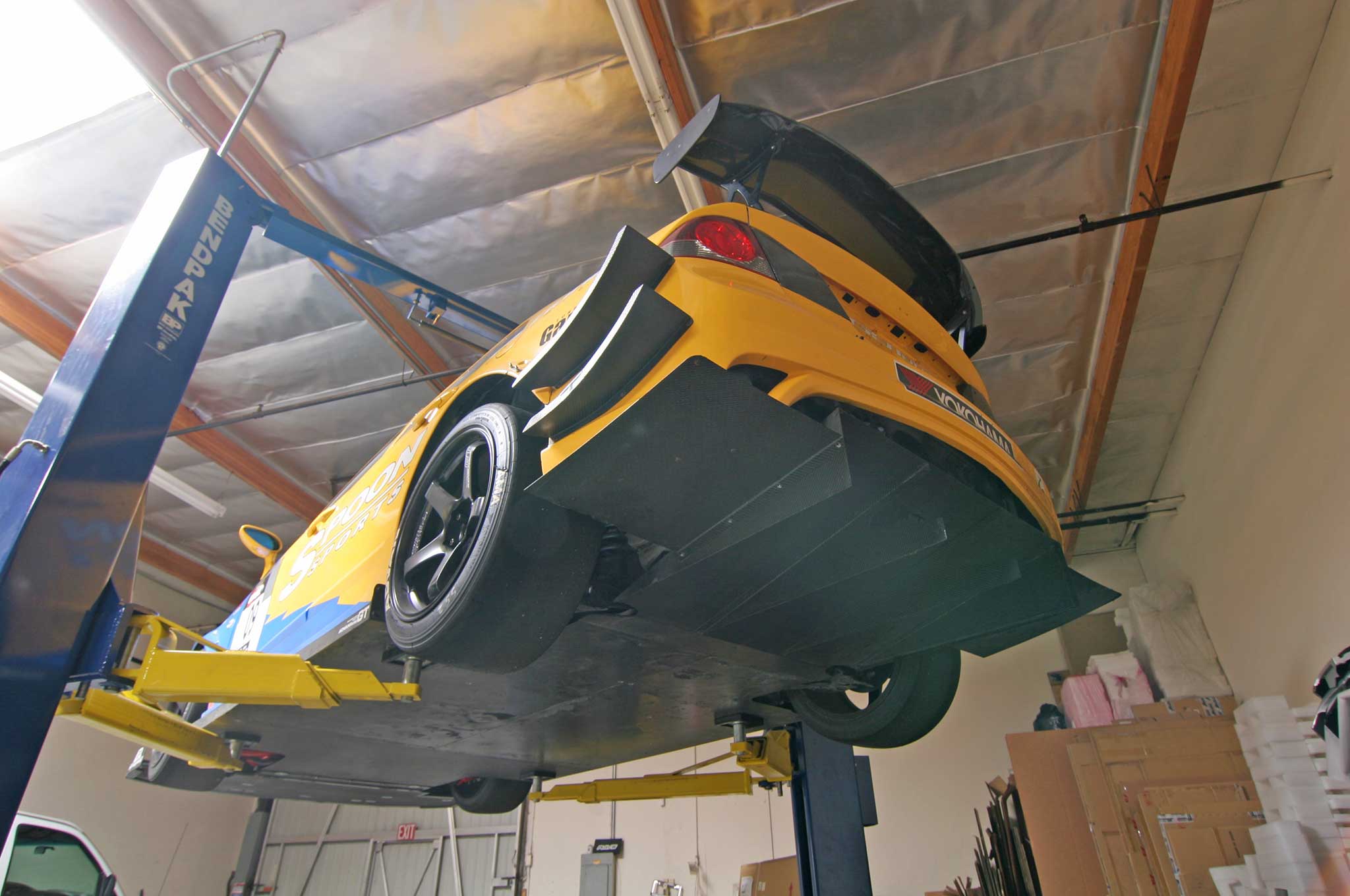 First, in this context I define a rear spoiler as an aero device that actually "spoils' air flow, and that disruption causes a local air pressure increase upstream, acting normally on a flat/slightly sloping horizontal surface, with the main intended result, greater DF. The biggest downside is increased drag. Again IMO a true spoiler has air movement only on one side vs a "wing", with air movement on upper and lower surfaces. A "draggy" wing can also give some "spoiler" type results.

A poorly utilized "spoiler" can reduce drag, by allowing turbulent air downstream of the spoiler to reattach/recombine easier with air stream. An example would be a very laid over spoiler that can almost be flat ( that spoils little and has little DF) that extends past the cars (bluff) body, I call that a "Lip" and one side of a "box Cavity", another feature known to reduce aero drag.
Top

I don't think you'll find any measurable benefit, especially considering that you're running brackets. A few decades ago streamlining was explored by a number of Top Fuel teams. They found that the few extra pounds of bodywork more than cancelled out any potential gain.
https://www.hotrod.com/articles/drag-ra ... dragsters/
Felix, qui potuit rerum cognscere causas.

Happy is he who can discover the cause of things.
Top
Post Reply
4 posts • Page 1 of 1