Anything to do with the electric or hybrid world

I am sometimes almost blown away by the technology and methods that have appeared in this EV sector. I was just surprised to learn how manny little size batteries are linked together inside of a Tesla battery pack.

Anybody here who does not already know want to hazard a guess? !! It will surprise most!
The Older I Get, The Dumber I Get

Don Garlits is trying for a 200 MPH run in a electric motor dragster.
Wonder what his setup is?

I would think two 400KW electric motors between the rear slicks and a big battery pack where the normal dragster rear engine sat. If he can get traction applied for a good launch he should get easily to 200MPH. ET's will probably be pretty impressive also!

How fast EV vehicles accelerate always amazes first time drivers. It's called almost instant torque!
The Older I Get, The Dumber I Get

What do dragsters with only 675 horsepower run today?

The Tesla and Bolt EVs have instantaneous torque and the smoothness with which it is delivered is amazing. The Bentley W12 has amazing horsepower and torque, but be cruising in one, mat the pedal. The transmission has to shift down several gears, the turbos have to spool up and even as quiet as the Bentley is, one cannot help being conscious of twelve pistons and rods, four cams, forty-eight valves and springs, chains, gears; an incredible number of moving parts to make acceleration happen. 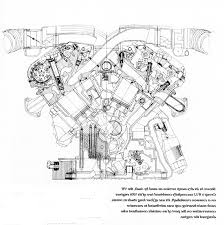 While all that ICE commotion is going on, the Tesla has smoothly and quietly made the jump into hyperspace. It reminds one of that scene from the first Star Wars where Han Solo, who brags the the Millennium Falcon made the Kessel Run in less than 12 parsecs. The taillights just quickly merge into a point and vanish.

A point for consideration - many ICEs now pump intake noise into the interior or play exhaust noise through the radio speakers to simulate the last century perception of power. Will EV silence become the new symbol and ICEs will have to play noise cancelling frequencies through the speakers to mask the machinery?
Jack Vines
Studebaker-Packard V8 Limited
Obsolete Engineering
Top

EV conversion company in California has cool 600HP electric Mustang that holds the 1/2 mile speed record at over 220MPH!

The Older I Get, The Dumber I Get

Some might want to look into a Tesla battery pack fire and how it's put out!

You're grasping there pdq67!

Look at some of the thousands of of car and truck collisions every year with incredible burn downs and deaths!

Electric battery packs in EV's have a quantum leap distance to go before they ever get close to automobile crash fires!

The Older I Get, The Dumber I Get